Изменения прошли успешно, в конце дня, мне лишь надо было подправить всего немного. Они давно уже были проведены просто не активированы на полную мощь.
Теперь? тесты.
Holy fuck, my thought process is changing faster than I can register. At this point my behavior has drastically shifted towards a more balanced model on a number of subjects. In the end I'll need to write down the method's used. Because what's happening right now will put anything I came up previously to shame.

It's incredible how some thoughts can change your mental state.

It's been less than a day, but images of me hurting others are already haunting me. Me hurting those whom I wanted to help.
These images instantly take me into a very gloomy mood. The worst part is that I can't go back and stop myself from doing these things.
I apologized and will continue apologizing.

I won't be doing the same mistakes in the future. But alas.

But for now it's living my days in guilt.
Блядь.

All my life I've lived with the assumption that I can control everyone and everything. And by getting some results because of it - this opinion solidified in my mind. It became my motto. Because I thought I was doing good things for other people.
I started assuming that I can Fix everyone, that I can control everyone, with just enough practice and the right approach. And ,oh how I was wrong. I've lost track of the most important aspect, Humanity.

People were telling me how I'm "Soulless" , "A robot" or just "Unable to empathize". But I thought that they were wrong, because I'm helping, right?. I honestly believed that they were wrong. I could explain their motivations and feelings. I wasn't a robot, I knew what you were feeling. I just didn't give the actual feeling much attention. For I saw it as a flaw, something so insignificant that I can just discard it. Some people got used to it and ignored this, but many were hurt and didn't enjoy it. They tolerated it because I have redeeming qualities. I thought I was doing everything right.

But one day, some time ago, I started thinking that maybe, just maybe - I'm actually "a robot". I wondered if that's what's stopping me from forming deeper relationships with some people. So I started learning. I tried listening more, I tried empathizing, yet It seemed like neither worked. Now that I look at it - the reason for it is that I was looking for immediate results. It didn't occur to me that this is going to be a lengthy process. I couldn't gauge the results instantly, so I was lost with no idea of what to do.

I tried but never put in the proper effort. I had some progress, really, but it was nothing major. I tried and tried but it never properly clicked. And in stressful situations I would always resort to the default "Control and Fix" mantra. I didn't want to, but the habits were strong, and there was no alternative. So like a deer in headlights, I was lost.

But lately I've been thinking about it a lot, I've went through everything I did. I looked at how others acted from a different perspective. And I started noticing my mistakes, I started understanding what I was doing wrong. And it hurt, It hurt to understand that I was missing this obvious thing. And the fact that people were telling me about it and pointing at it - was the searing hot rod in my chest.

Yesterday, talking to a person that I've known for a while I've noticed how he doesn't listen to what I'm saying. I tell him something about my thoughts and feelings and in return I get no empathy, no "connection". And it dawned on me. I understood what I was doing. I saw myself in him and it blew my mind. I saw all the moments where I acted just like him and was a cunt. At that moment, I've felt what others were feeling when talking to me. And it fucking hurt.

This was the first thing. But "Control and fix" was still there, sitting in the back of my mind. It was still there and I still kinda wanted to do it, by habit probably. I didn't like it, but eh.

So i took a day off work, and started writing down my thoughts. And nothing would click, nothing would reveal what I could do. I called up a friend, and told him of my predicament. Told him how I was going about getting this resolved. He dropped this line:
"You are too assertive, you need to be supportive as well". In that moment I felt bliss. I've known that I get it now. He explained what I was doing wrong and why it was wrong. And oh my god, the shame i've felt at that moment. The engulfing shame for not seeing so obvious.
And it clicked. At 1AM it clicked and my brain started feeling fuzzy. In the next 3 hours I was consumed by thoughts and the fuzziness of my brain. But i was smiling, because I "got it". I finally understood what was wrong with me and I will never be the same again.

Today I woke up a changed man. I've been smiling and really upbeat about everything. I shoved people aside who wanted to "Fix and control" me, and I've just enjoyed my day. I know what lies ahead of me. I know what I should do now and how I should do it. And I will do it, every day until I die. Because it feels good. I will no longer hurt other people by being an inconsiderable jerk. I will listen more and the most important - help by helping, not by taking charge. I will only do it if prompted, rather than get in people's faces.

And now I have a lot of ties to mend, many apologize to give. And the most important thing is to prove that with deeds. And never go back to what I was.

And so it begins. A new day. A new life.

Don't be deaf and blind my friends.
I GET IT NOW.

I GET EVERYTHING NOW.

HOLY FUCKING SHIT
I'm really bad at interacting with others ... normally. I need to slow the fuck down and learn.

I had grand plans. Everything was working out. I thought that I had it all figured out. Hah.
I was offered an H1B, that I was about to take. I had everything planned out, I was expecting my life to go from Good to Great.

And then it all goes to shit in the span of less than a month.
Every single time I say that "It couldn't get worse". It fucking does.
One after another all my plans went to shit.
I've lost things and people that mattered to me.
And I only gained more things to improve.
I gained perspective on my own shittyness.
And I have a lot of shit to chug through.


I'm getting better, I'm getting back. But Hell's Landscapes are still burned into my eyes, and every time I blink they appear.
It's gonna be fine. All of this will pass. But I will never be the same.
For better or worse.

At this point, I want to quote Roosevelt: "The light has gone out of my life".

And the worst part... Is that I caused all of this shit to happen.
I fucked up.


The song's that has been stuck in my head for the last couple days. 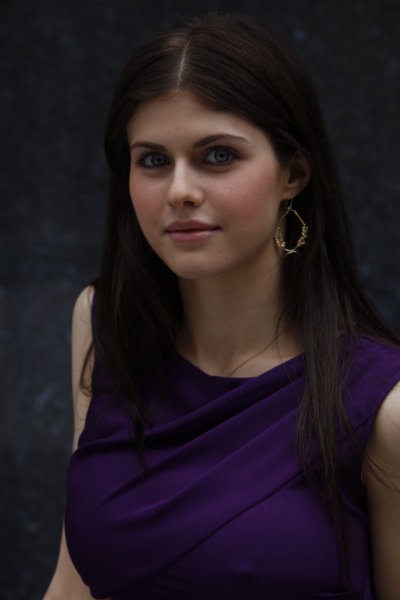